The lungs of the world and with it ours are burning.

To start with I have to say thank you to Greta Thunberg, viking, amazon, climate rebel and activist, Sweden, the then 14 year old, who started schoolstrikes against politicians who failed to reduce the CO2. Read more at different links of cryfreedom.net .

For your information I call bolsonaro a fascist**.

Please read this article of The guardian: https://www.theguardian.com/commentisfree/2019/aug/25/observer-view-on-the-amazon-fires

Now, the French president Macron and bolsonaro have never been the best of friends but after his criticism on bolonaro concerning the Brazilian Amazon wildfires bolsonaro thought he could fight back like this: "A war of words broke out between the presidents of France and Brazil as Emmanuel Macron responded angrily on Monday to Jair Bolsonaro’s “extraordinarily rude comments” about his wife Brigitte.

Mr Bolsanaro appeared to endorse a Facebook comment posted by one of his supporters mocking Mr Macron, 41, for being married to a woman who is nearly 25 years his senior.

The comment suggested that Mr Macron was attacking Mr Bolsonaro over the Amazon fires because the French president was married to a much younger woman.

“Mr Bolsonaro has made some extraordinarily rude comments about my wife,” Mr Macron said at a press conference. “What can I say? It’s sad for him, firstly, and for Brazilians … I think Brazilian women will probably be ashamed to read that from their president.” He added: “As I feel friendship and respect for the Brazilian people, I hope that they will very soon have a president who behaves in the right way.”

September 9th. Bolivia was the first amazona country to recognise how urgent the situation was and immidiately started, without financial assistance from any other country, to send boots on the ground and airplanes to try and stop the wildfires. And lets not forget here that hundreds of volunteers were as a matter of fact the first to start fighting the wildfires. Still, I applaud all. 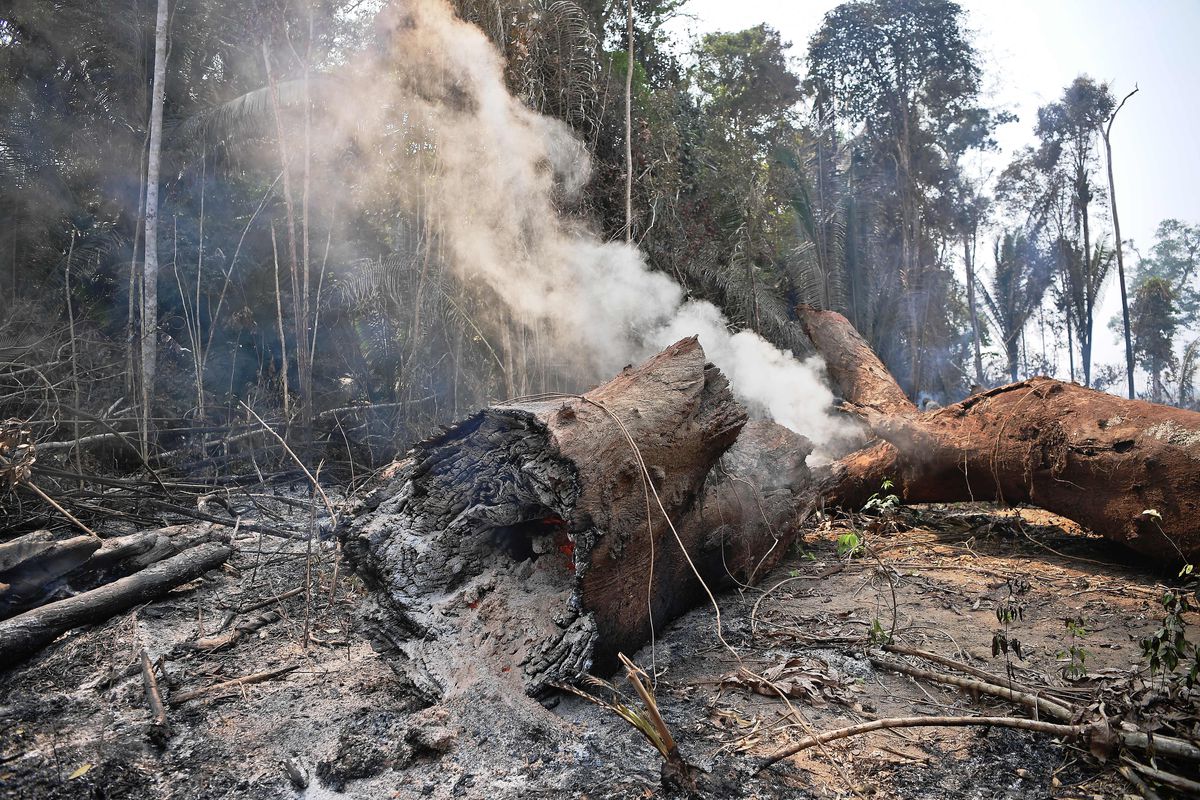 Brasil: Under pressure of the G7 , negotiations in general among the G7/EU that started September 24th., he declared he would send boots on the ground to conquer the forest fires, or did he mean troops to fight against the indigenous and or the large squirearchy (the latter I doubt because they are on the side of bolsonaro) but who set huge parts of the Amazona forest ablaze to gain farming ground. The last is most questionanble and against the Indigenous most likely. This all depends on the G7. Read also link the observer editorial*** here:
https://www.theguardian.com/commentisfree/2019/aug/25/observer-view-on-the-amazon-fires

At the same time huge demonstrations took place in different cities in Brasil and Bolivia against bolsonaro and also here hundreds of voluteers stepped in to fight the wild fires.

September 25th. In the news bolsonario cynically said that periodical wildfires are quiet normal but will ban legal burning both by small farmers as well as huge landowners who burn down huge parts of the Amazon rainforst to gain more land to farm.

August 26th. At the G7 it was decided that they would financially and technically support bolsonaro to fight the wildfires. Now we all know where that money will go to. Still, bolonaro is fearing an econonimal colapse under pressure of the G7.

The indigenous accused bolsonaro of wanting to colonise their land and people. One Indigenous said “The heart of may trees are dead”

August 27th. bolsonaro says he refuses the G7 20 million USD to buy airplanes helping to end the forest burning and because he considers that a colonial act. He also said that according to the Paris agreement he never received financial help to stop the de-forresting because he supports the CO2. Now that's what I call a contractdiction in terminus. He added: “ we decide what we do with our oil, coals and other natural sources.”

August 28th. Bolsonaro finally accepts the financial from the G7 under the condition that they decide what happens with the 20 million USD and that prime minister Macron must apologize to him. From the very beginning of the G7 Macron has been highly critisizing bolsonaro on how he dealt with the amazone rainforest wildfires.

Bolivia has been critized by surrounding countries who say president Morales has been to slow in dealing with the amazone rainforest wildfires. Reacting he said that also he will send boots on the ground and to stop the wildfires.

But the surrounding countries have called for a special top to discuss the problems and agree on fargoing solutions.

By the way, did you know that bolsonaro's middle name is messias!!!

Al Jazeera is one of this (online) newspapers I hold my hand in the fire for.

At a pressconference Iván Duque, president of Colombia said: " If we don't do something we'll all suffer."

Still, I think bolsonaro, a retired Brasilan officer, is planning a Coup d'état against Iván d'uque and surrounding Colombian countries, but as far as Colombia is concerned, where the FARC still plays a big role bolsonaro might shoot himself in his own foot.

By the way, we need the amazona forest because its trees are the lungings of our world!

NEWSFLASH september 18th.: It is not known by many but also Indonesia has huge areas of its country with forrests and also and now there are wildfires, all set ablaze by small farmers aiming to gain more farming land.

In addition this: Dilma Rousseff, former president of Brazil in the period January 1st.2011 untill August 2016th. was interviewed September 21th. on the Belgian television 'Terzake', concerning the amazone wildfires: in a nutschell this is what she said:"First of all Brazil during my presidency had satelites that kept an eye on the Brazilian amazone and to report on possible wildfires. After my impeachment accused of breaking budgetary laws I was removed from my office. Still she now says that bolsonaro "immediately shut down the satelite operations." And she said:"bolsonaro is a copycat of trump and both are just small players." Finally she said we'd keep a close eye on Guyana where president David Granger plays the same games as bolsonaro."

Note: I lived and worked in Japan as an visual artist, working together very close with many Ankoku Butoh performers and 'till this day it still inspires me the way the Japanese are connected to the earth.

“Care for each other and
care for our Mother Earth”