'FacingFaces' is an ongoing international art and
poetry project initialized by the Italian artist and curator Gino d'Artali.

A bottle with a message thrown into cyberspace, as he calls it, it is organised entirely through the internet and email and had its first major exhibition in Ciudad Juárez, Chihuahua, Mexico, in September 2001, with 83 participants from 31 different nations.

Major goal of the project is to create awareness about violence towards women and children worldwide, and although meant as a one time project, Gino d'Artali is now in its fifth year of organizing 'FacingFaces' and formed a new organisation called C.A.U.S.E.,

campaigns. Major goal is to directly supportinitiatives from third parties.

The first D.I.S.A. project was a supportiveaction for the Ecuadorian PMT (ProgramaMuchachos Trabajadores) and resulted in a artand

from 17 different nations and 55 artworks;

that, in 2006, has traveled throughout Ecuador.

MISSION AND GOALS OF C.A.U.S.E.

C.A.U.S.E. is a one-person nomadic-organic organization, organizing exhibitions, poetry readings and lectures throughout the world, often in collaboration with other arts-, educational- and/or NG organizations.

The mission of the C.A.U.S.E. is to inspire artists and poets to become socially engaged, and through "FacingFaces" events as organized by C.A.U.S.E. , and to encourage the public to become aware and actively involved in their community.

C.A.U.S.E. envisions are also to become a cornerstone in the universal fight against violence towards women (and children) and injustice in general. 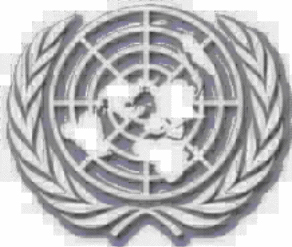 C.A.U.S.E. advocates the United Nations’ Declaration on the Elimination of All Forms of Violence Towards Women.

The United Nations Declaration defines violence against women as "any act of gender-based violence that results in, or is likely to result in, physical, sexual or psychological harm or suffering to women, including threats of such acts, coercion or arbitrary deprivation of liberty,

whether occurring in public or private life" (Article 1). It applies to violence by nongovernmental actors, including violence in the family. Article 2 of the Declaration states that violence against women includes, but is not limited to: violence in the family - battering, sexual abuse of female children in the household; dowry-related violence, marital rape, female genital mutilation and other traditional practices harmful to women, and violence related to exploitation; violence in the general community - rape, sexual abuse, sexual harassment and intimidation at work, in educational institutions and elsewhere; trafficking in women and forced prostitution; and violence perpetrated or condoned by the State - wherever it occurs.

Main activity of C.A.U.S.E. is to organize international art exhibits based on creating awareness about violence towards women and children, and to present these both through the internet as well as in real time exhibitions whenever and wherever possible.

Funding for C.A.U.S.E. and its activities are primarily based on the sales of artprints and E-books and on donations. 50 % of the revenues are subsequently donated to crisis centers or D.I.S.A. Campaigns.

<Eres el amor de mi vida> (<You are the love of my life>) is a compelling collection of poetry, especially written for 'FacingFaces', that often heartbreakingly reveals the pain and suffering girls and women undergo when being confronted with domestic violence and sexual abuse. However, it is also a book of hope, simultaneously revealing too the strength victims have, to overcome their abusers' cowardliness, and showing their courage to share their stories with you.

In june 2004 C.A.U.S.E. closed the call for participation made a final selection of the artworks and poetry resulting in 137
selected artworks from 63 artists and 144 poems from 92 poets. 'FacingFaces 2001-2004' the art collection is a complete overview of all artworks including the posters that have been designed to announce the exhibitions.

- Participation of local artists and poets (through special calls);

- "Performing the border" A video essay set in the Mexican-US border town Ciudad Juarez, where the U.S. industries assemble their electronic and digital equipment, located right across from El Paso, Texas.

<Performing the border> looks at the border as both a discursive and a material space constituted through the performance and management of gender relations. The video discusses the sexualization of the border region through labor division, prostitution, the expression of through labor division, prostitution, the expression of female desires in the entertainment industry, and sexual violence in the public sphere. Interviews, scripted voice over, quoted text on the screen, scenes and sounds recorded on site, as well as found footage are combined to give an insight into the gendered conditions inscribed in the border region. Director: Ursula Biemann – Switzerland;

- a lecture by Gino d'Artali on violence towards women and children and the role of the community;

- and a presentation of a local crisis center on domestic and sexual violence, accompanied by a (silent) auction to support the center.

Since 2001 'FacingFaces' has been presented in the following cities and countries:

Website visitors 504.694 (being over a half a million online visitors!)

On de PDF and or slideshow a different email addresses appear. This is because I created both
now about 16 years ago and those email addresses don't work anylonger. Use only the
one mentioned on this page.

'FacingFaces'. With pain in my heart but it’s time for somebody else, an individual or

organization, to take over the torch. 50 artworks of the collection, see

are available. Please contact me with serious suggestions at info@cryfreedom.net

But then again I did not really stopped being active to create awareness about
atrocities against women.
Click on the link below that will take you to
www.cryfreedom.net